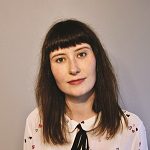 Holograms. Images straight out of a fantasy world. But are these awe-inspiring holographic visuals all that they seem? In the futuristic sector of 3D technology, nothing ever is…

Holographic projection has been around since the 1940s, and while 3D technology has advanced quite rapidly since then, it still has considerable challenges to overcome to give us that “as-seen-in-the-movies” experience. However, some revolutionary 3D holographic pioneers are smashing boundaries in holographic projection and shattering the status quo when it comes to bringing holograms to life.

In this article, we’ll discover more about what holographic projection is, its relationship to holograms and where the future of this technology is headed.

What is a hologram?

Before we travel to the future, let’s take a trip to the past and go back to the very beginning, so that we can find out just what a hologram is and ask ourselves,”what does “holographic” mean exactly”?

The term “hologram” was coined by Dennis Gabor in 1949, a Hungarian-born British electrical engineer and physicist, who later went on to win the Nobel Prize in Physics in 1971, for his work on the invention and development of the “holographic” method.

Hologram is a combination of two Greek words––“holos” meaning “whole,” and “gramma” meaning “message”; coming together to create a whole message, or in other words, a complete picture.

Unlike traditional photography, a hologram is a three-dimensional image, or gives the impression of one. Created using light, sometimes in the form of lasers, there are a number of types of holographic techniques that present varying results.

What are holograms and where may you have seen them?

You have probably seen a hologram this week (if not today). That’s right. Holograms are all around us. Forget those science fiction fantasies of Princess Leia pleading for help, the ones you’re likely to have come across are nowhere near as glamorous. However, they are extremely useful.

The holograms you may have seen are even closer to you than you think…in fact, they’re probably in your back pocket right now. Your credit card or driver’s license are perfect examples.

These holograms are created by splitting a laser beam into two separate beams, using an angled mirror. This then forms an object beam and a reflection beam. Heading in different directions, both are reflected off of other angled mirrors. The object beam is then reflected off of the object that will form the hologram image, and finally onto the end surface (also known as the holographic plate), while the reflection beam is directed straight onto the plate. As these two beams come together the hologram is created.

You may have also seen holograms in the form of product authentications, available on the back of many product packets. Simple and effective, although as we have begun to unpack above, the technology behind them is rather complex.

What other types of holograms are there?

Alongside the examples above, there are various types of holographic solutions out there. Here we’ll take a look at some of the most famous, focusing only on those that don’t require any additional accessories and can be seen with the naked eye.

Picture the scene. The year is 2012, the location, Coachella, one of the world’s most famous music festivals held in California. In the crowd, 80,000 fans are watching as rap icons Dr. Dre and Snoop Dogg take the stage.

Just as they end their set with “California Love,” originally performed by Dre and the legendary 2Pac, the stage goes black. Out of the darkness, a figure appears. There, standing right before the crowd is 2Pac himself. But how could this be? He died in 1996!

The deceased rapper that arrived on the stage at Coachella was, in fact, a 3D projection, created with a hologram effect. It was made using an old holographic technique called the “Pepper’s Ghost”effect and then updated to take center stage at this world-class music festival.

This is one way to recreate a ghostly holographic image, but, of course, it comes with its own challenges. Here are the pros and cons of this type of hologram.

Similar to the “Pepper’s Ghost” effect, the holographic smokescreens work by using artificially generated smoke or a semi-transparent net as a “screen” for the hologram to be projected onto. Although, in this case, the projection comes from behind rather than below it. This creates that spectral image effect (a ghost-like projection) that gives the impression of a hologram.

The holographic smokescreen and net are widely used in the theatre when a specific scene calls for a spectral image, unlike the 2Pac projection, usually this type of holographic projection is designed to appear slightly translucent. Let’s take a quick look at the pros and cons of the holographic net technique.

One of the latest technologies to enter the holographic world are holographic nets, an almost transparent curtain of LED lights which display images in a variety of colors. These LEDs are programmed to create images that present a 3D holographic effect.

Holographic nets have been used for everything, from small displays to covering buildings with colorful pictures. They provide optimal advertising opportunities for companies looking to display their brand in lights.

A simple, yet effective solution. The impression of a 3D image is given by placing a spinning mirror at an angle and projecting a high-speed video onto it, which is then reflected to form the display.

Developed in the University of Southern California (USC), the solution was designed as a new innovation in 3D holographic technology.

In recent years, serious investment has been made into transparent OLED screens by some of the biggest names in electronics manufacturing. These new inventions feature a screen filled with organic light-emitting diodes which react to an electric current to form an image.

In terms of 3D effects, the result is a 2D image which appears to be 3D, creating the illusion of a hologram on the screen. However, it is possible that this could be the future of our living room TV experience and a new advancement in the advertising world.

These popular holographic solutions come in two types: the DIY holographic pyramid that you can place on top of your smartphone or tablet at home, or the infinitely more professional constructed holographic cubes, also containing a pyramid alongside a screen, that are sold online by many retailers.

These hologram pyramids utilize reflection in a similar way to the “Pepper’s Ghost” effect, creating the appearance of a 3D hologram floating within a case. This type of imagery works due to the 45º positioning of the sides on the pyramid on the glass, giving the impression of a hologram reflected within.

While the technology is impressive, there are pros and cons for users.

Like we said at the start, the Star Wars world isn’t quite here yet, but the technology is real. And this is where that million dollar question -“How do holograms work?” – comes in.

The latest solution created in Brigham Young University (US) is very different to the previous holographic projector operation of the “Pepper’s Ghost” effect, involving more equipment and laboratory conditions.

In 2018, the team at BYU released the news that they had created a true 3D hologram, or as they prefer to call it a “volumetric image.” The solution uses a laser to trap tiny particles and control their movements to create an image. This is precisely why this technique is called, “lab-only”, as it can be dangerous to create and could result in serious burn injuries.

Additional colored lasers illuminate the particle path, making it visible. Think of this like that old photography trick which uses long exposure to “write” with torches at night, but instead of flashlights and cameras you have lasers, and, well, more lasers.

The 3D hologram-like visuals that you see with HYPERVSN are completely different to traditional holographic projections. In fact, you could say that they are out of this world.

HYPERVSN is a complete Integrated 3D Holographic Display System which combines technology, physics, and engineering to create mesmerizing 3D content that appears to be floating in mid-air.

The system features three components – an award-winning device to enable the display of HD-quality holographic visuals, proprietary software to manage 3D content, and a 3D Studio tool that enables users to create 3D content on their own, without any specific design skills. The device itself works using 4 spinning rays, equipped with LED lights that produce a 3D holographic display.

The HYPERVSN system is available in two products; Solo and Wall – each with unique features for particular business needs. The Solo is a product producing holographic visuals of 56cm (M) and 75cm (L), it can be used as an individual device or as a network of devices which can be controlled remotely.

HYPERVSN Walls allow users to create larger-than-life 3D holographic visuals as big as their brands. The only limit is your imagination. Displaying quality content of epic proportions, the Wall expands the potential for businesses to create displays that cause their viewers to stand and stare in pure amazement.

Product and image quality are what make HYPERVSN unique. By bringing together high-standard Irish manufacturing, world-class engineering, and creativity, HYPERVSN offers a world of possibilities to its users.

To help you learn more about the advantages and disadvantages, here are some of the pros and cons:

END_OF_DOCUMENT_TOKEN_TO_BE_REPLACED 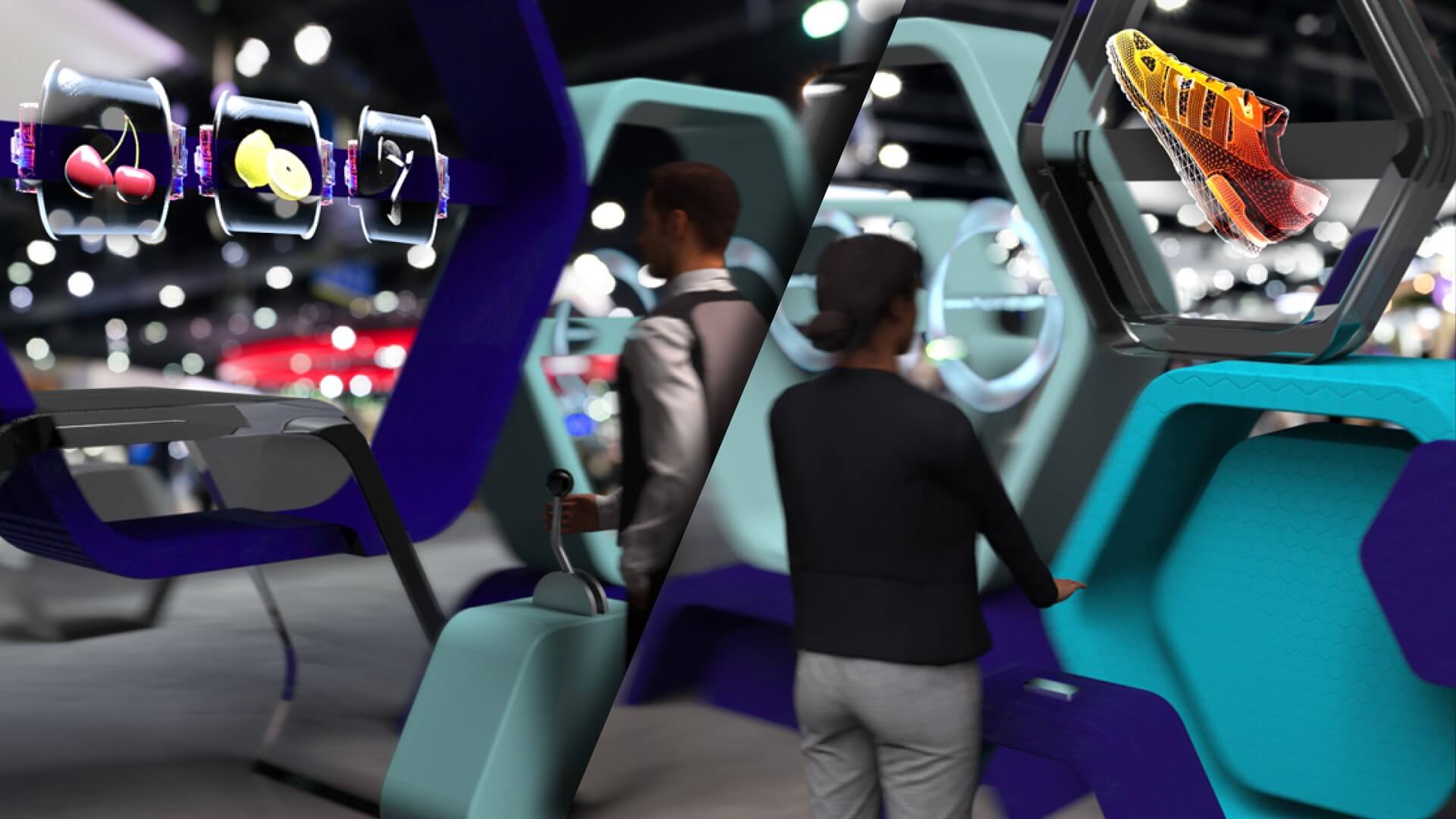 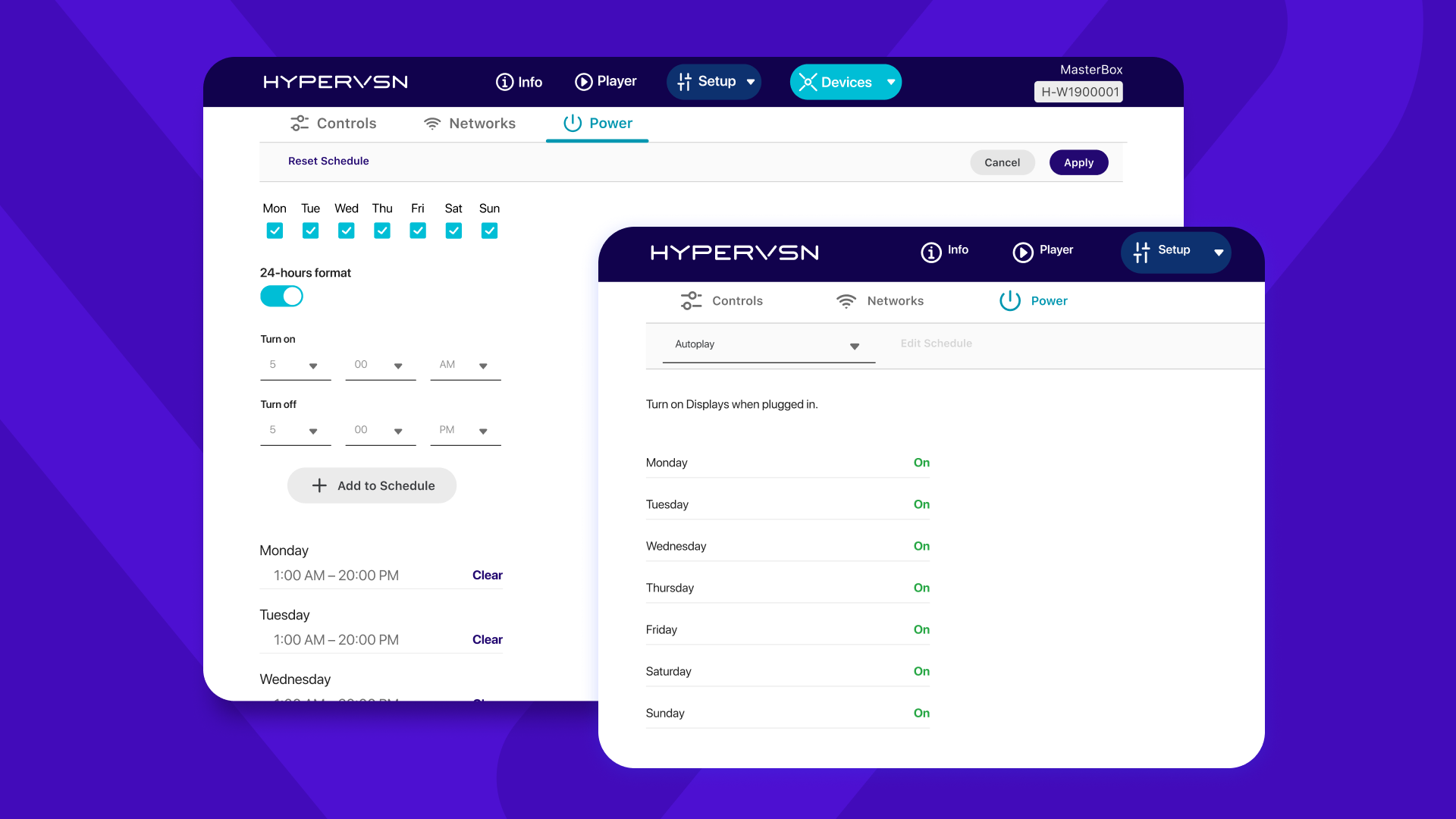 How To Take Control Of The Hypervsn Display Wherever You Are